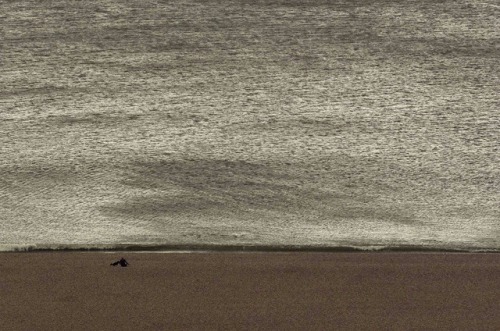 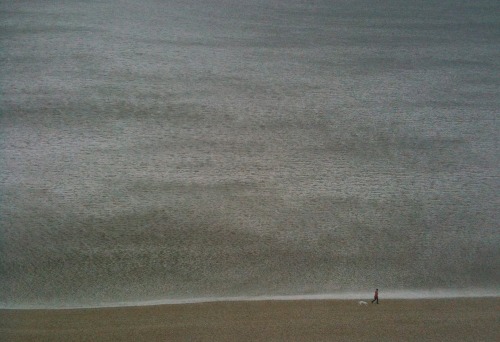 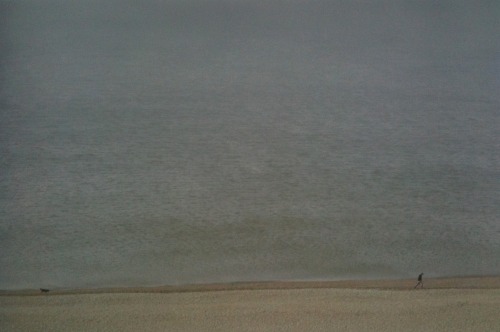 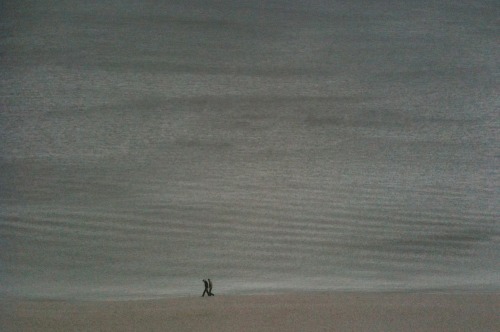 See the full gallery on Posterous

One of the more beautiful exhibitions of the year closed a few weeks ago.  It was in a central gallery.  Oddly, it received almost no notices – or perhaps I missed even more of them than I usually do.  It’s too late to send people to the show (and I regret that I was not quicker off the mark or louder) but there is no reason why people should not go to the gallery and ask to see the prints.

Tomio Seike is a Japanese photographer who will not be well known to many.  Now in his 60s, he has lived for many years in Europe for much of the time, both in England and in France. He is a conspicuously quiet man, and a conspicuously quiet photographer.  A number of years ago he made a quiet love story in black and white, a series full of depths called the Zoe series, which I suppose made his reputation. He has made many studies of water, and has a rather unfashionably Pictorial attitude to making pictures. He is the direct counter to all that is strident and immediate and shrill in photography.  Given how those emotional registers dominate the photographic world at the moment, it takes a momentary adjustment to settle in front of a group of Tomio Seike’s pictures.

Japanese photography is coming more to the fore in the West, led partly by the resurgent interest in the photo book.  Books were the way to show photographs in Japan at a time when in Europe they were one of many ways, and the various prophets of the photo-book of late years have pointed ever more urgently at Japan. There is reason to be a little circumspect:  there is just as much over-statement in the name of modern-day Japonisme as there was in the name of its former incarnation, as the purported source of everything that was good in Impressionism or in Viennese art nouveau.  Japonisme is like Orientalism, a view centred in the West, and not having much analytical bearing on anything that took place in Japan.

I think it was Samuel Johnson who rebuked a coarse insult by saying “Irony is a weapon to be used as a rapier and not as a bludgeon” and of course the same is true of fashion, if only we could steel ourselves to use it like that. Nevertheless, the bright light of fashion is turning towards Japanese photography at the moment. Stand by, for example, for a powerfully appetizing double-header due soon at Tate, tracing links and parallels between William Klein, who was a great photographer before he became a great film-maker, and Daido Moriyama.  If any good is to come from the moment of Japonisme, I hope it will at least go some way to moderating the absurdly overblown reputations of such as Nobuyoshi Araki or Hiroshi Sugimoto.  Perhaps it will offer us a spread of less-hyped masters to savour, Eikoh Hosoe, say, or Shomei Tomatsu, or invite us to see that younger Japanese photographers are doing some pretty cool things, too.  I didn’t much respond to Rinko Kawauchi’s cop-out response to her commission from the Brighton Photo Biennial last year, all those pictures of starlings, but there has been no shortage of powerful photography to emerge from Japan recently. Just on that same watery theme as Kawauchi, but more complete in every way, Half Asleep and Half Awake in the Water, by Asako Narahashi, is a terrifyingly clear description of the way the Japanese archipelago lies for much of its habitable space very low in the water, and it was published well before the flooding that led to the disaster at Fukushina.

The London gallery which has led in this new scrutiny of Japan has been Michael Hoppen’s, and one might have expected Tomio Seike to show there.  But he has in fact been a represented artist at Hamilton’s gallery for many years, and it was there that he showed Overlook through October.

Tomio Seike owns a flat on the Marine Parade in Brighton, which he may be forced to leave as it is up many flights of stairs. A charming catalogue introduction by Andrew Cowan makes the connection between Seike’s address and the near-neighbouring one of Brighton’s first photographic studio, the Photographic Institution, opened by William Constable at 57 Marine Parade in November 1841.  We don’t need to go so far:  Seike’s Brighton pictures need no association to lend them lustre.

A series of beachscapes, made by literally overlooking sharply downwards from a consistent viewpoint (namely the window of the flat), these pictures have an inflexible formal structure that could easily mislead.  They are not to be considered a variant of the genus ‘Typology’, any more than Monet’s studies of the façade of Rouen cathedral (made in 1893 from his rented room on the second storey of 81 rue Grand Pont) are.  In neither case is the artist interested in showing separate members of a group conforming to the type.  It is they who change, in mood and temper, in response above all to the changing light. These are different aspects of one thing, not a catalogue. The light being such a fundamental ingredient in photography, whatever recipe is being followed, it is surprising that there are not more such studies.

One formal peculiarity of these pictures, the main one, is that although they have each a very clear ‘horizon’, the sky is never directly seen.  Instead, the horizontal line of division is the line where the sea meets the land, and it is that which gives these pictures their life.  The sea takes on a subtle array of different colours and patterns, made partly of its own effects of wind and tide and partly of the reflected patterns of obscured or clear light above.  But as we look at the structure of each picture we are momentarily made to mistake the sea for a sky.  There are people, we can see them clearly, silhouetted or nearly silhouetted, and behind them, a line low in the picture space with a larger expanse of unmarked tonality above.  Not only is it easy to mistake that area for sky, it is impossible not to.  So there is a constant seductive lilting syncopation in the viewer as we switch from reading to misreading the picture-space.  The sea is punningly rendered as the sky.

In each picture, to make things even more complicated, there is far less variety of tone in the stretch of beach than there is in the sea.  This makes another pun, whereby the area with all of the markings, the area with changes of density and render, is read as precisely as that which it is not. It’s the land which looks like a uniform wash of undifferentiated tone, and the sea which looks solid, various, multiple.  Amazingly, Tomio Seike has made the sea both weightier than land and more airy than sky.  And that’s what holds us in these pictures, gently unbalanced at the insistence of an artist in perfect control of the effects of his virtuosity on the psychology of his viewers.

It’s not a heavy art-critical thing, at all.  Inevitably, it takes more time to describe it here than it ever does to appreciate it in the pictures.  Words are heavy, clunky things when trying to catch up with a jeu d’esprit of this kind in a series of pictures.  These pictures, in spite of the clod-hopping lumpiness of the description, are light.  They flicker and dance.  They have something of music in the way their simple elements recur in new formations, never repeating themselves, yet never breaking the formal constraints by which they are made.  Is that fugal?  Sonata form? Perhaps it is simpler, like the plagal cadence of Northern European hymns, endlessly satisfying, always ‘just right’ in its place.

The details are even funny.  Look at these people.  It would be conventional to describe them as Lowry figures, hunched against a wind that is no doubt biting on a cold shingle beach on an arm of the Atlantic more than 50degrees north of the equator.  They’re not unlike Lowry.  They’re touching in a Lowry-like way. But they are funnier than that, too, performing their little ritual dances with their dogs and with each other, almost ridiculous against the enormities of the sea behind, itself filled with the light of its even greater (but invisible) sky.

To have included the people and the dogs is another layer of punning.  Without them, these are exercises in the big elements, sea and sky, water and air.  Every culture has had art that wrestles with those, and Japan not least.  Kakemonos of several periods show artists finding ways of depicting the thickness of the air itself – think of mountain tops ‘emerging from’ the unpainted background colour of the scroll. Tomio Seike has thought deeply about those, that much is clear.  By including the people walking their dogs, he has done more.  These people come from a more purely photographic tradition.  They are frozen by the shutter as much as by the Channel winds.  It’s as if they were papped by Tomio Seike, anonymously – overlooked in the sense of being missed or forgotten – going about their doggy affairs until the unseen photographic predator above hunted them down. So the big brooding philosophical questions are neatly given their humanity by these very real people, freezing in the name of mens sana in corpore sano, a healthy mind in healthy body.

The predator, incidentally, must have been pretty cold himself. I imagine him waiting at his open window on the just the right sort of day.  English people use the word ‘raw’ to describe days like that.  This is a distance away from the beach as it’s more usually seen.  That distance is important, too.  It’s because we know the beach like that – playground, singles bar, home of the bikini and the ice cream – that it is so striking seen like this. Spare a thought for the photographer, waiting chilled for the dog to move or the people to part so he could weave his magic of spun gold and woven light.

I can take or leave the Sugimoto seascapes.  I find them pretentious in their insistent demand to be taken at the highest level of seriousness, and I find their range of variation insufficient.  I have more patience with Thomas Joshua Cooper’s amazing exploration of the edges of the Atlantic, but even there, I find that it’s sometimes the eccentric logistics I respond to not the pictures themselves. Cooper, if I remember rightly, refused to allow himself more than a single plate, however impossible the conditions and however difficult it would be ever to come back to any particular storm-battered headland.  There are a few seascapes I like more, but not many.  I quite like Mark Power’s circumperambulation of the British coast, but like many others, it’s not really a set of seascapes, so much as social pictures made near the sea. I wouldn’t spit in your eye if you offered me a Le Gray. I still think almost best of all of a series nearly nobody knows, the nine great views of Cape May made by the American photographer Bill Peronneau as a kind of farewell to his childhood (he made them over the weeks of decline of his grandmother, who had lived there, and he knew as he made them that he would hardly be likely to return after her passing).  But these views of Tomio Seike’s, coincidentally also a sort of farewell, are right up there. They’re modestly sized, not at all showy, beautifully printed, and perfectly poised on that knife-edge between complexity and simple pleasure.  They’re not shockingly expensive, either, amazingly. Imagine a room with a set of these around the walls, respectfully framed and lit. You’d never leave.